And a FUN time was had by all! 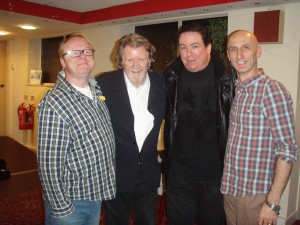 The Comedy Night last night was a fantastic event and raised over £1100 for Families United Network.

Organised once again by Julia and Brian Higgins, with support from the FUN office and especially Diane Rhodes, we were treated to a show featuring a number of Brian’s pals and contacts who gave us a great night. Check out the photo. Thanks to all who organised it, to the many members and others who came and to everyone who contributed.